This method is invoked only once when the browser page connects to the WCS server via the Websocket protocol.

Execution of the connect method is crucial, because this method is responsible for server connection authentication, and if it won’t run or stops with an error, the WCS server will decline the connection attempt. 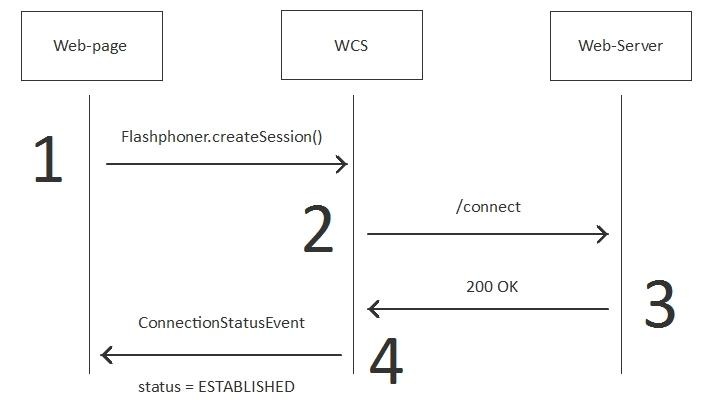 By default, WCS successfully authenticates all Websocket connections. That is, the built-in server at http://localhost:8081/apps/EchoApp/connect always returns 200 OK.

You can redefine this behavior and make your web server return 403 Forbidden, in this case WCS will abort the incoming connection.

You can send a token, a password or any other information from the web page using the custom field. 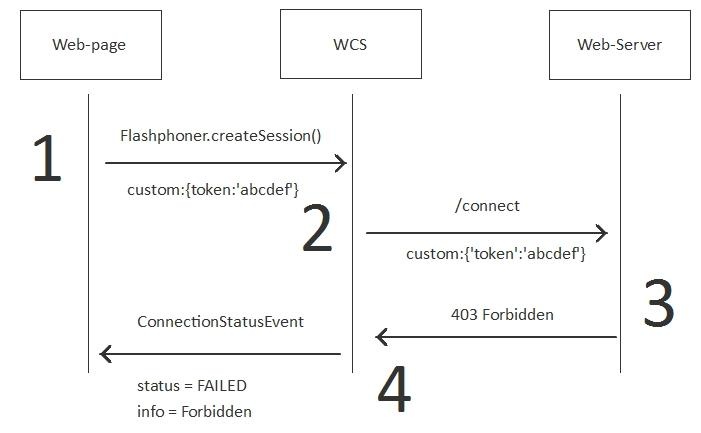 During authentication you can configure how should operate all other REST methods invoked after the connection is established.

For example: playStream, publishStream. StreamStatusEvent, and so on. To do this, the web server should return the restClientConfig field in the JSON body of the 200 OK response.

restClientConfig is a JSON object that can hold a config to any existing REST method except connect. 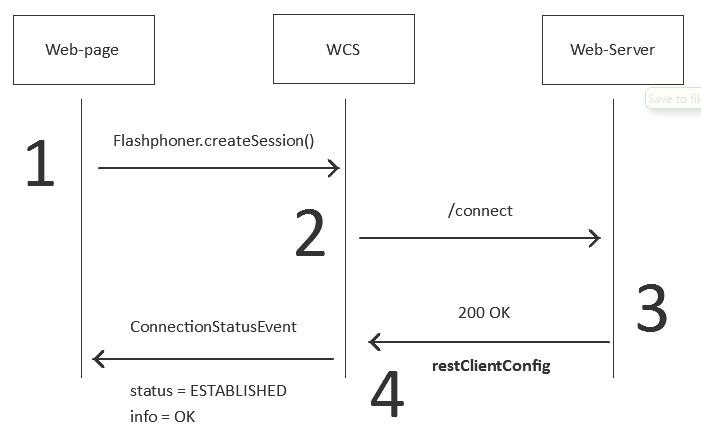 Example of the JSON body of the 200 OK response with the restClientConfig field.

This response is constructed according to the following rules:

This configuration tells the WCS server that invocation of the publishStream REST method will comply with the following rules:

This means all fields in the JSON body of the response such as name, width, height and so on will be sent from WCS to the web server and none of these fields will be excluded from this query.

Not used in the publishStream REST method.

This means that if an error occurred while sending the query to the web server or if the web server returned 4xx HTTP status, the WCS server should forbid and interrupt publishing the stream.

The default value is restOnError: LOG. This means, WCS simply logs all occurring errors, do not forbid or interrupt operations such as publishStream, even if the web server returns 403 Forbidden.

This means if the web server returns data different from those it received from WCS, the data are not applied. For instance, if WCS sent the field name=stream1, and the web-сервер returned name=stream2 in the body of the 200 OK response, the new value will not be applied, because of the NOTIFY policy.

This setting is only applied if the previous restPolicy is set to OVERWRITE, that is it does not allow redefining fields with data received in the JSON body of the 200 OK response. The current value is empty, which means no fields can be redefined. To redefine a field, the list of fields must be specified explicitly, for example: restOverwrite="name,width"