Example with two players on the same page 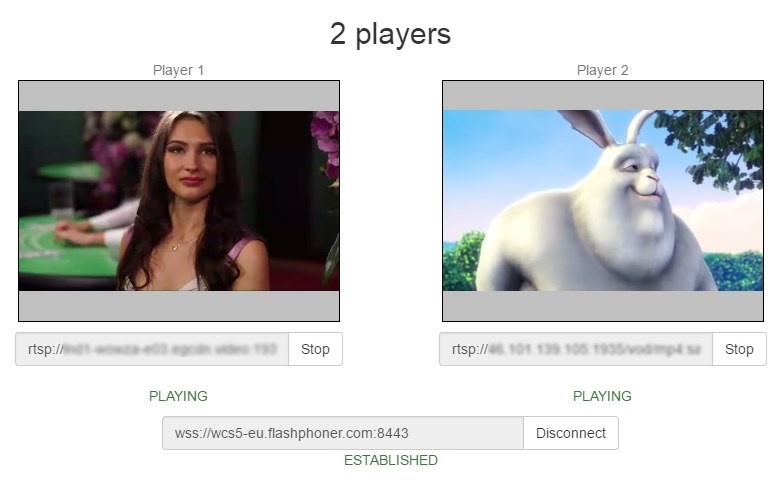 Work with code of the player

To analyze the code, let's take the version of file 2players.js with hash 66cc393, which is available here and can be downloaded with corresponding build 0.5.28.2753.133.

Functions of initialization, creating stream, starting and stopping playback work the same as described in the example Player.

2. The element is passed as parameter 'display' when the stream for playback is created

So, for each stream <div> element 'display' can be passed, and any number of video streams can be played on one HTML page.