On the screenshot below a snapshot of the stream being published has been taken. 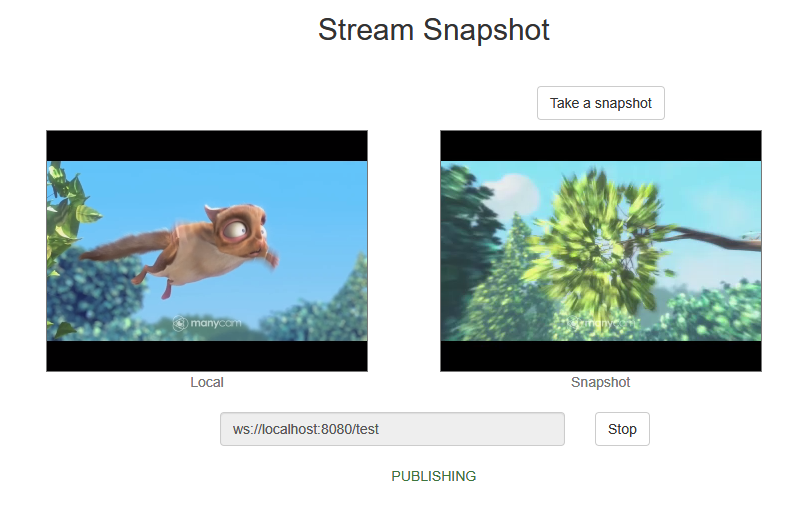 To analyze the code, let's take the version of file stream-snapshot.js with hash 7fff01f, which is available here and can be downloaded with corresponding build 2.0.219.

1. Initialization of the API.

When stream is created, the following parameters are passed

On receivng the event, streamEvent.payload.snapshot member contains snapshot in base64 encoding. Then stream created to take snapshot is stopped.