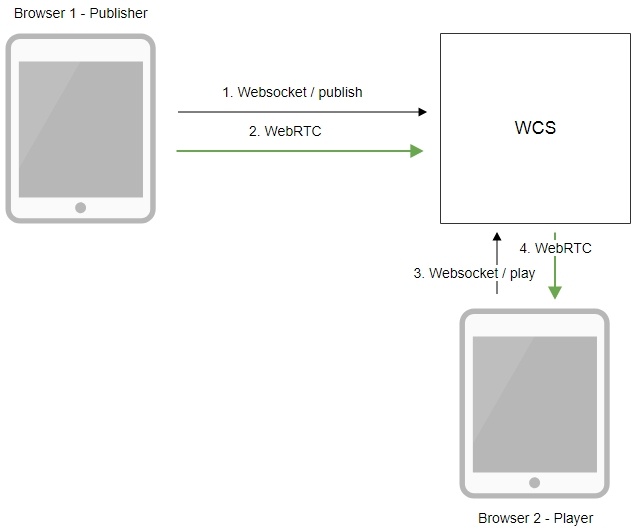 1. For this test we use the demo server at demo.flashphoner.com and the Two Way Streaming web application

2. Establish a connection to the server using the Connect button 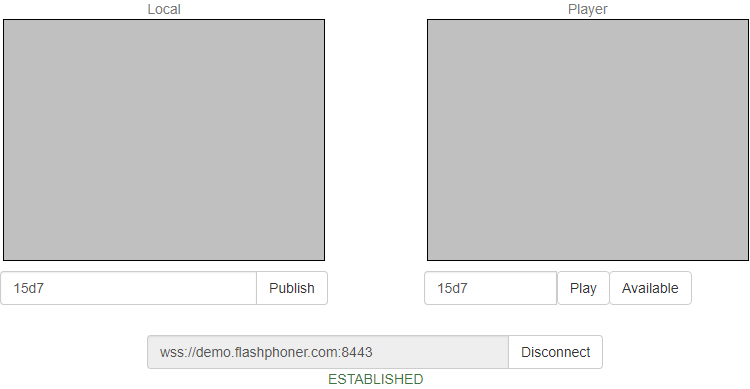 3. Click Publish. The browser captures the camera and sends the stream to the server. 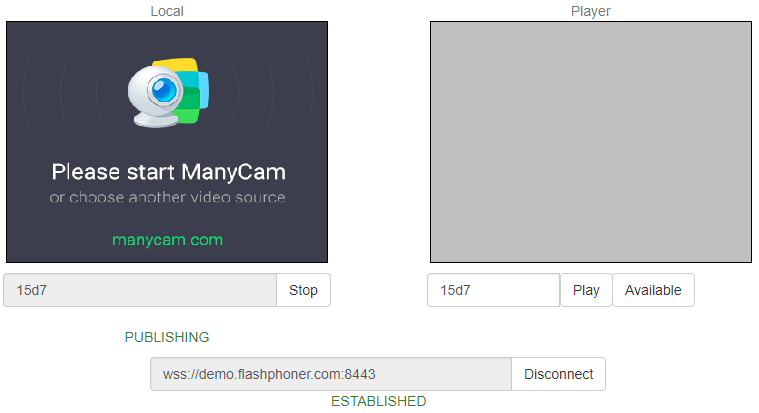 4. Open Two Way Streaming in a separate window, click Connect and provide the identifier of the stream, then click Play. 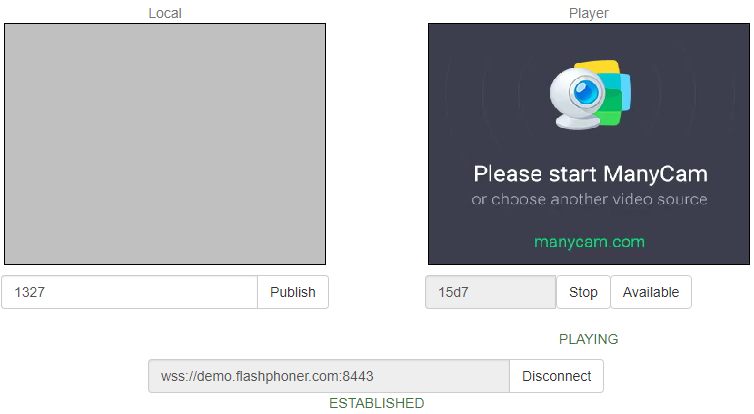 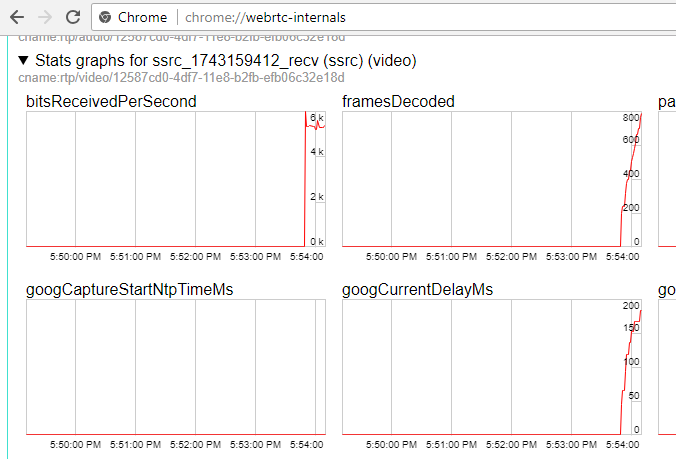 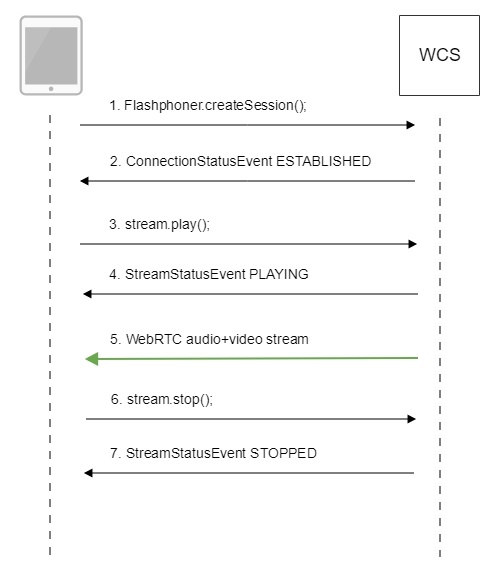 1. Establishing a connection to the server.

2. Receiving from the server an event confirming successful connection.

4. Receiving from the server an event confirming successful playing of the stream.

5. Receiving the audio and video stream via WebRTC

7. Receiving from the server an event confirming the playback is stopped.

Playing two or more streams on the same page

WCS provides possibility to play two or more streams on the same page. In the context of flowchart and call flow playing multiple streams is no different from playing just one.

2. Open the Two Way Streaming web application, click Connect, then Publish. Copy the identifier of the first stream from the Play window: 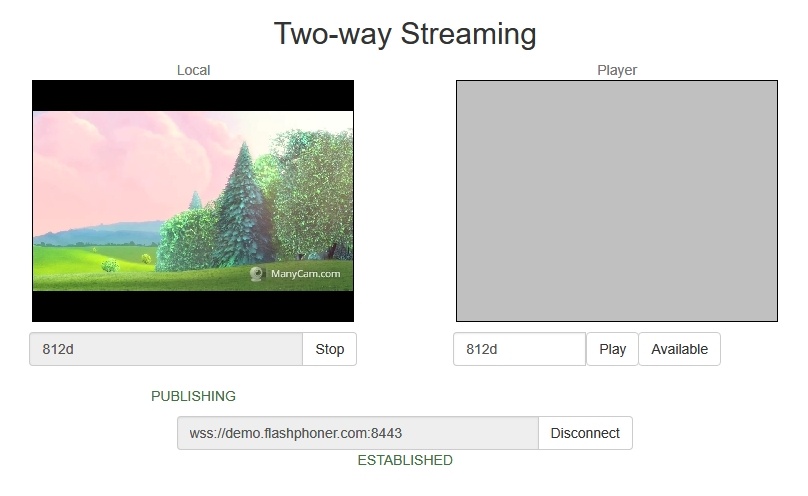 3. In another tab, open the Two Way Streaming web application, click Connect, then Publish. Copy the identifier of the second stream from the Play window: 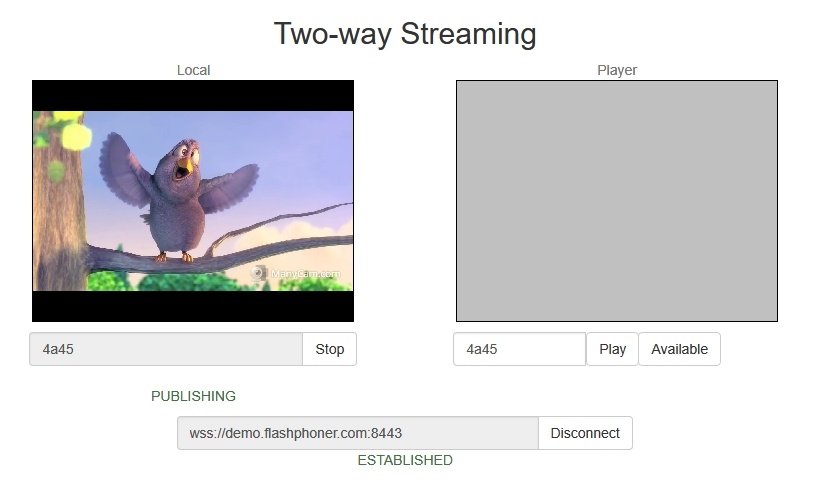 4. Open the 2 Players web application and specify identifiers of the first (left) and the second (right) streams: 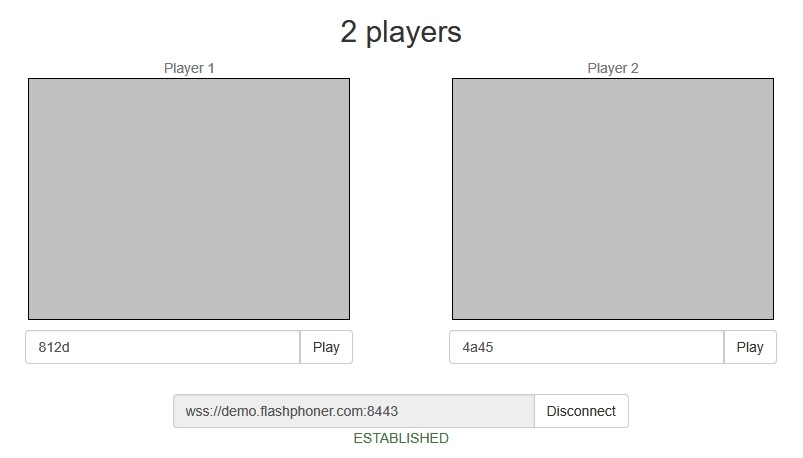 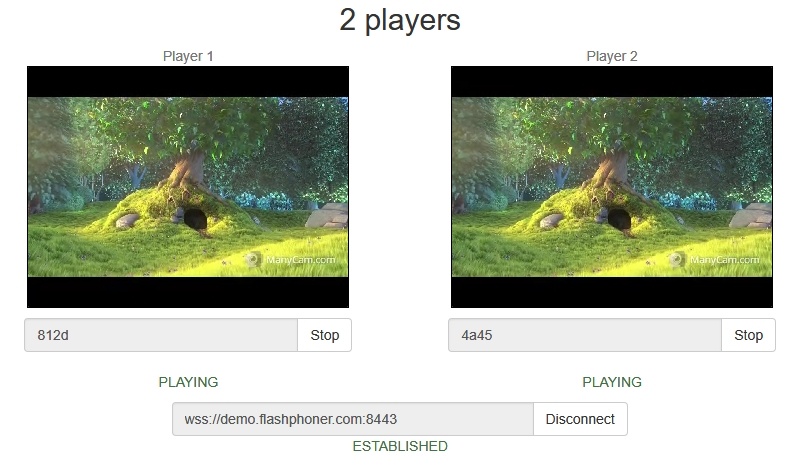 6. Diagrams in chrome://webrtc-internals for the first stream:

7. Diagrams in chrome://webrtc-internals for the second stream:

A stream published on WCS server can be played via WebRTC in custom player, for example, in a VR player. To fo this, video page element to play stream should be passed as remoteVideo parameter to  session.createStream() WebSDK function 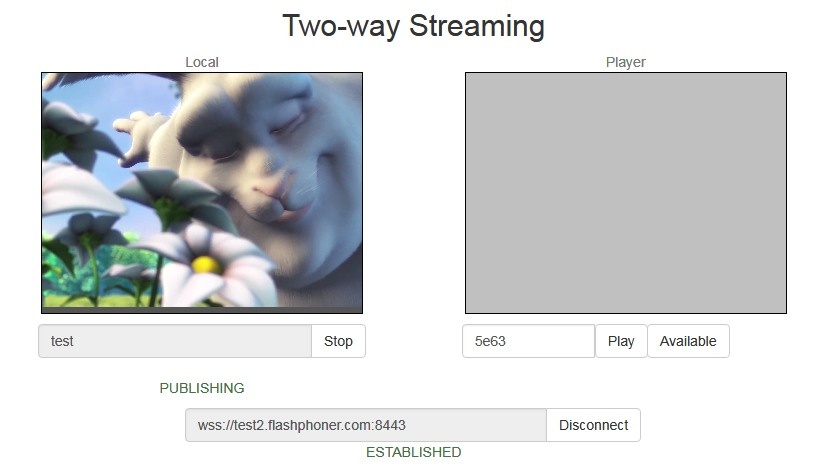 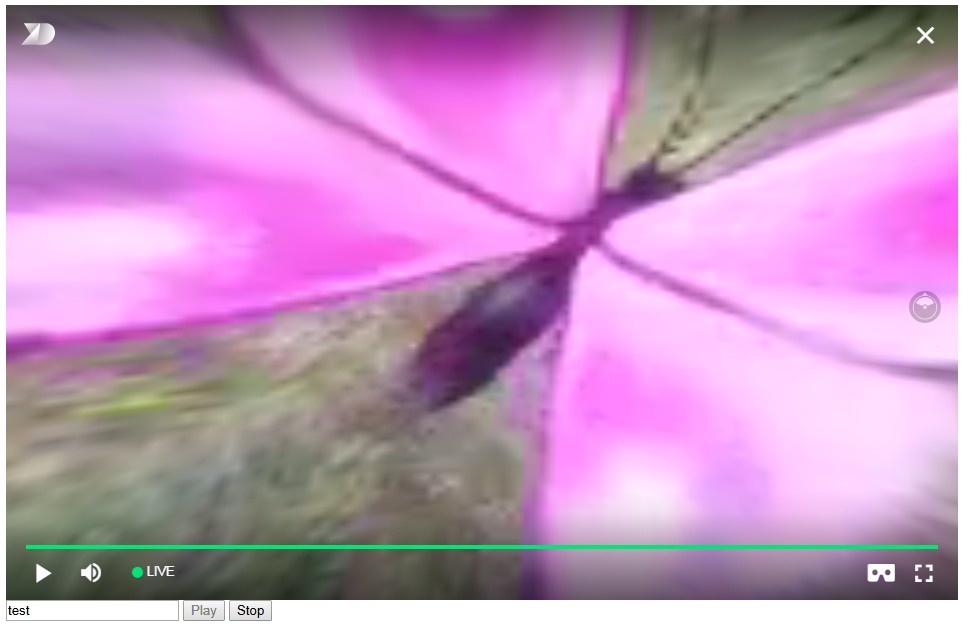 In latest Chrome versions (71 and higher) content autoplay policy was changed. Now, user has to do something to start video playback on web page, to press a key for example.

The policy change affects also audiocontext creation that is needed to play a sound. Accrding to new policy, audiocontext may only be created as response to some user action.

Therefore, in Chrome 71 and in another Chromium based browsers that support new autoplay policy, video automatic playback starts with no sound. To enable sound user has to move volume control in Embed Player window.

Ther is a way to workaround this limit with no users action. To do this, this code should be added to player page

and silence.mp3 file containing 0.25 seconds of silence should be placed in page folder.

In this case, the silence will be played on page load, then audiocontext can be created and video with sound can be played.

In iOS 12.2-12.3 sound playback may not be started even after moving volume control. In this case, video playback should be restarted without reloading the page.

Autoplay does not work in iOS Safari when Low Power Mode is enabled.

If one video stream is playing and then another video stream is publishing on the same page (videochat case for example) in iOS Safari, the sound level may change for stream played. This can be escaped by the following ways:

1. Possible bug in the Safari browser on iOS leads to freezes while playing via WebRTC

Symptoms: video playback stops, while the audio track may continue playing. Recovery needs reloading the page or restarting the browser.

а) enable the transcoder on the server by setting the following parameter in flashphoner.properties

b) when playing the stream from iOS Safari explicitly specify width and height, for example:

2. Audiocodec PMCU ia used instead of Opus when sttream is published via RTMP and is played via WebRTC

Solution: switch Avoid Transcoding Alhorithm off on the server using the following parameter in flashphoner.properties file

4. While publishing RTMP stream with Keep Alive disabled for all protocols, this stream playback via WebRTC in browser stops when WebSocket timeout expires

Symptoms: playback of stream published with RTMP encoder stops in browser with no error message

Solution: if Keep Alive is disabled for all protocols with the following parameter in flashphoner.properties file

Symptoms: WebRTC stream with G722 audio does not play in Edge browser or play without sound and with freezes

Solution: use another codec or another browser. If Edge browser must be used, exclude G722 with the following parameter

6. Some Chromium based browsers, for example Opera, Yandex, do not support H264 codec depending on browser and OS version

Solution: enable VP8 on server side

exclude H264 for publishing or playing on clent side

Note that stream transcoding on server is enabled when stream published as H264 is played as VP8 and vice versa.

7. If Flash is enabled in site settings, an error can occur in Chrome 71 and later browser console "Cross-origin content must have visible size large than 400 x 300 pixels, or it will be blocked" while playing WebRTC stream.

Symptoms: "Cross-origin content must have visible size large than 400 x 300 pixels, or it will be blocked" message in browser console while playing WebRTC stream, playback works normally

Solution: use WebSDK without Flash support