Example of iOS application with player and streamer 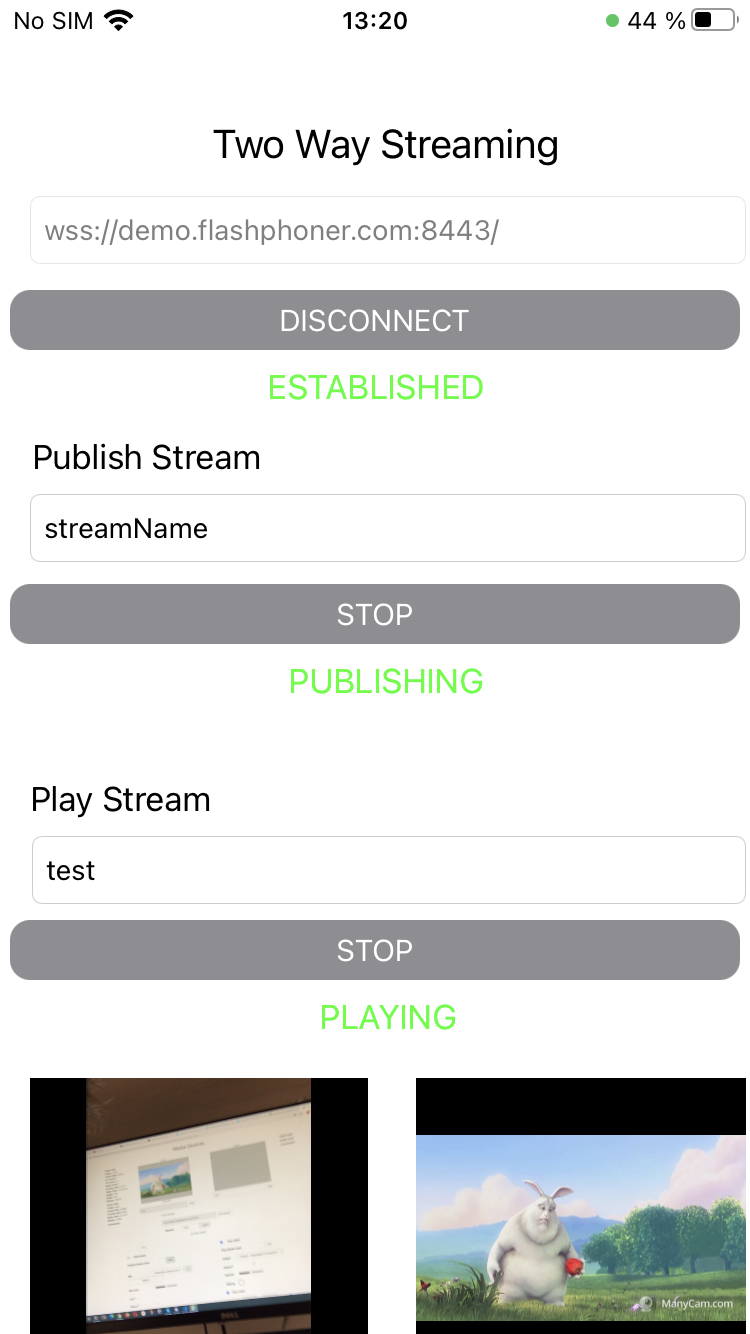 To analyze the code, let's take TwoWayStreamingSwift example, which can be downloaded from GitHub.

2. Session creation and connection to server

Object with the followin stream options is passed to createStream method:

Object with the folowing stream options is passed to createStream method: