Since build 5.2.1056 WebRTC Selective Forwarding Unit (SFU) is supported with any tracks count publishing and playing in one WebRTC connection (Simulcast). This feature may be used for: 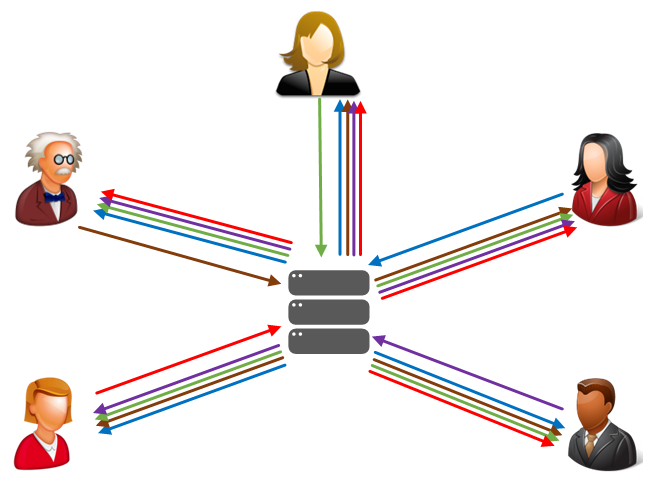 At server side, a room is introduced as object, because a main case is audio\video conferencing. When connection is established with server, a user enters the room and can publish its own media streams and play all the streams in the room. Beyond the room scope, all the streams published in this room are not available.

This is JSON object example to configure the room:

Streams publishing in the room

User can add and remove video and audio streams. While adding video stream, an encodings set may be configured, and the stream will be published as composite set of tracks, one track per quality. Any encoding has the following parameters:

This is the JSON object example to configure stream publishing

Encoding parameters are set according to RTCRtpEncodingParameters description.

By default, VP8 will be published even if H264 is set in publishing parameters. The following is necessary to publish H264:

Note that publishing and playing a number of VP8 streams with a number of encodings requires a client desktop resources. If resources are not enough, H264 should be preferred because a most of browsers support hardware acceleration for H264 encoding/decoding. 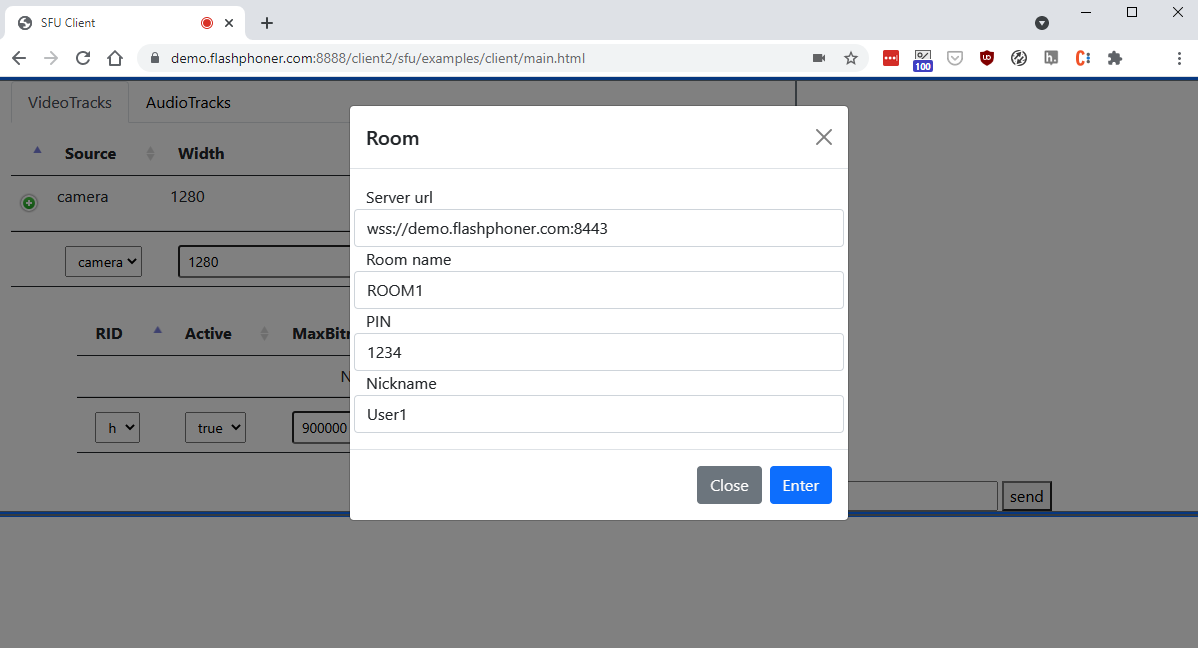 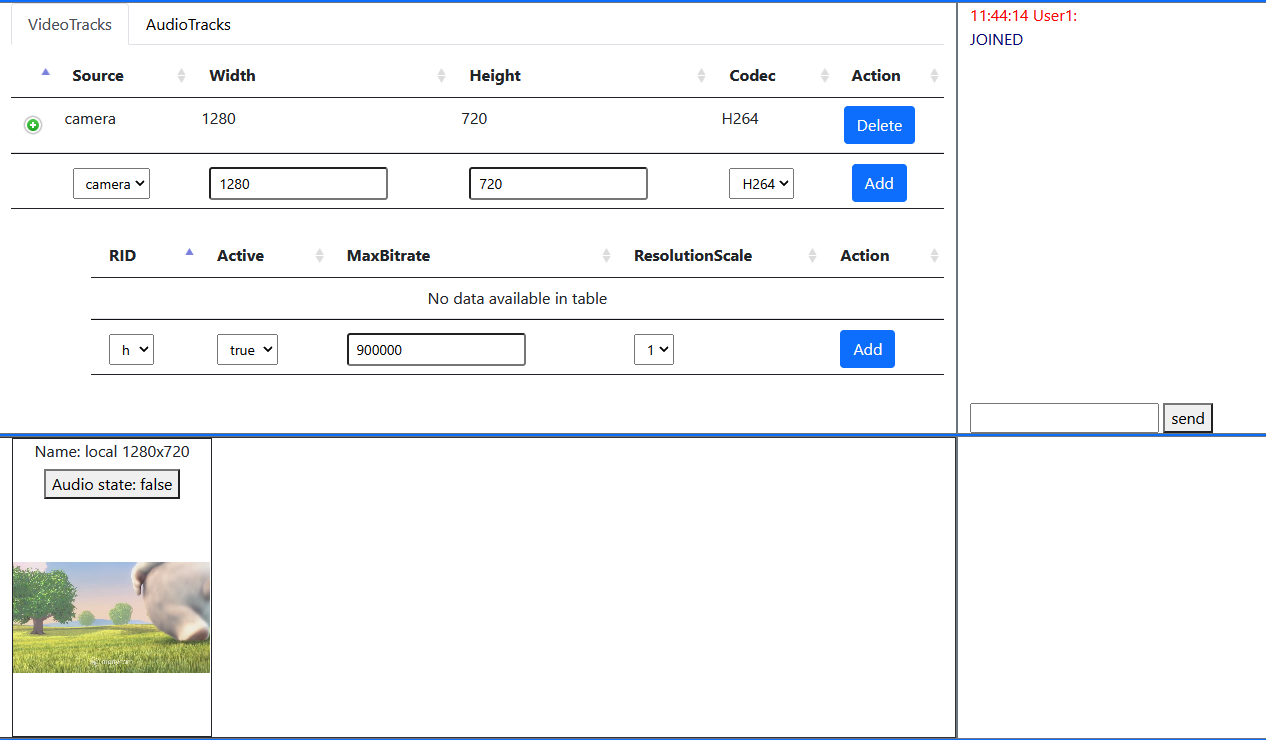 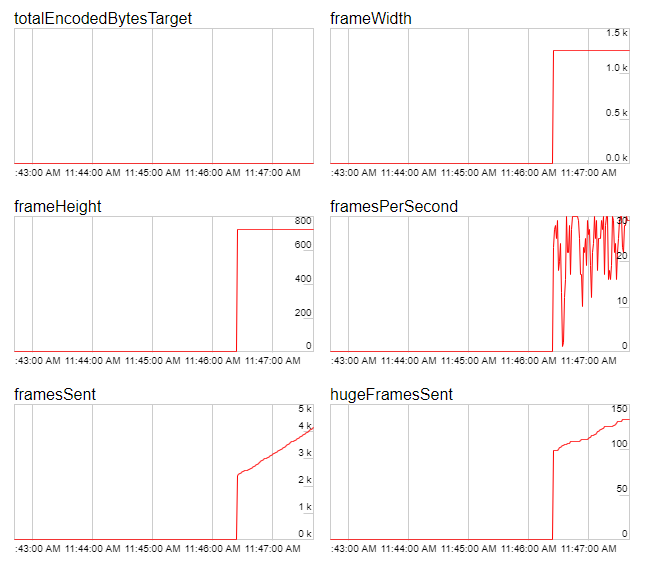 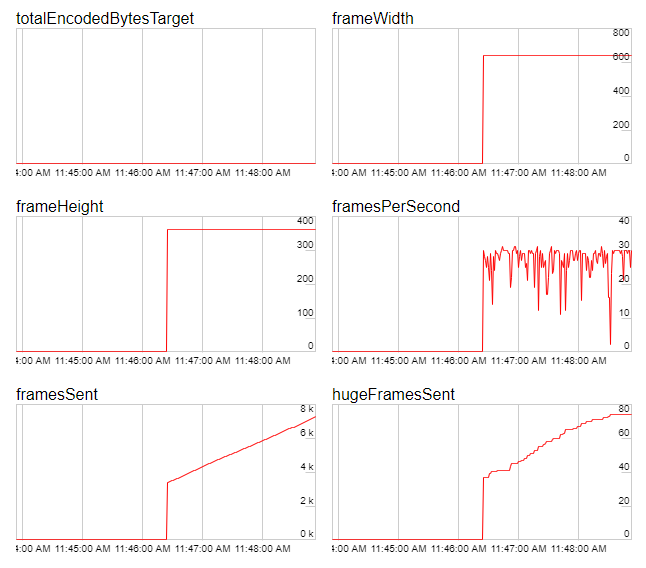 3. Open example page in other browser or in another browser window, enter server URL and room parameters as on step 3, but change user name to User2 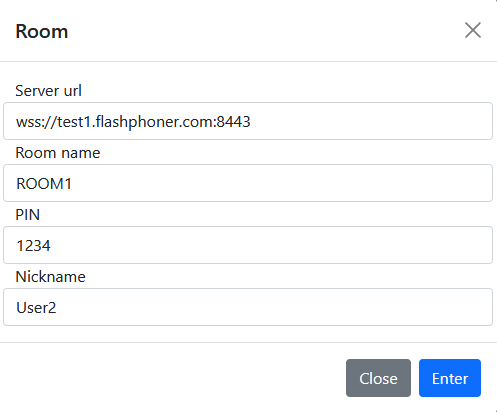 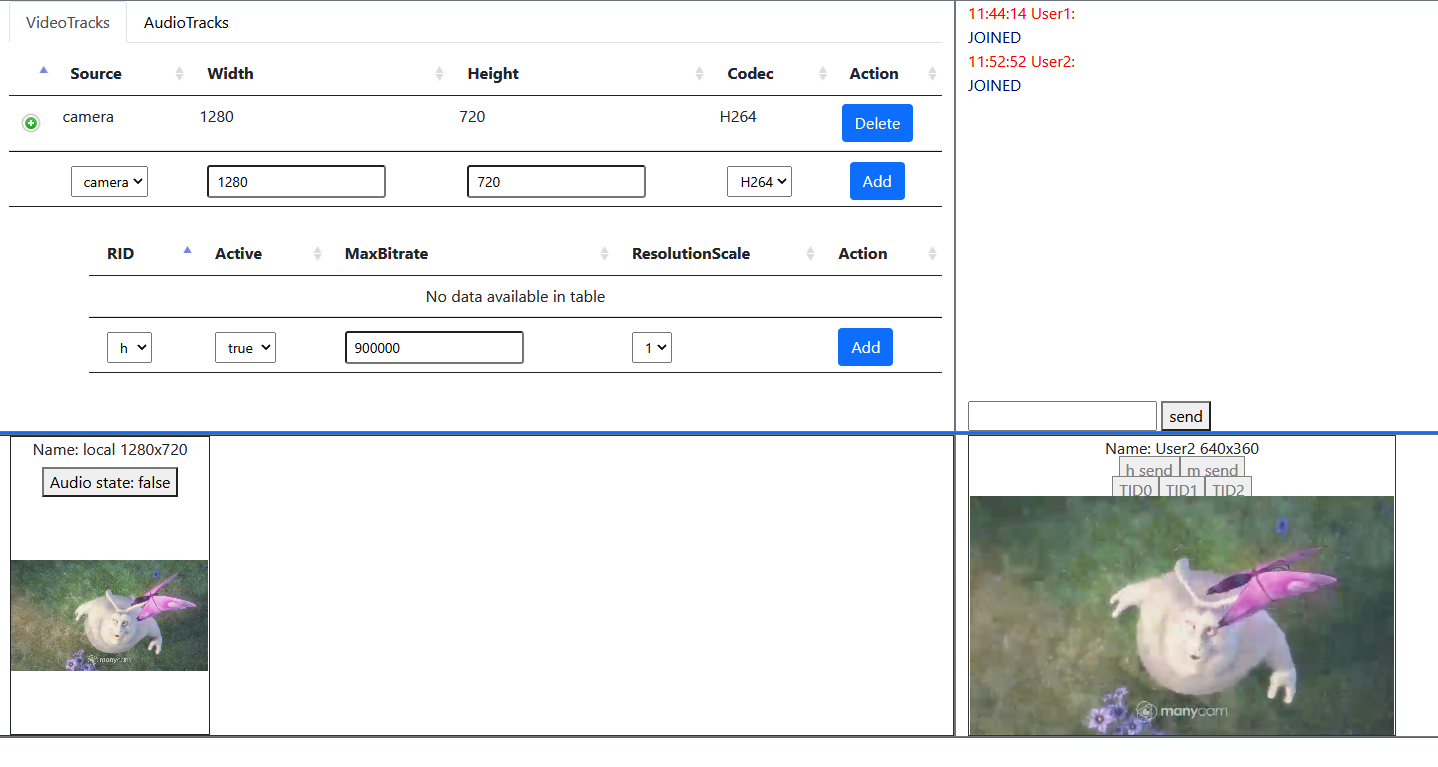 Streams monitoring in the room

Use REST API to monitor streams parameters in the room

REST query must be HTTP/HTTPS POST request as follows:

Since build 5.2.1068 it is possible to bridge SFU streams to WCS as usual WebRTC streams. This feature is enabled by default with the following parameter

may be played from server 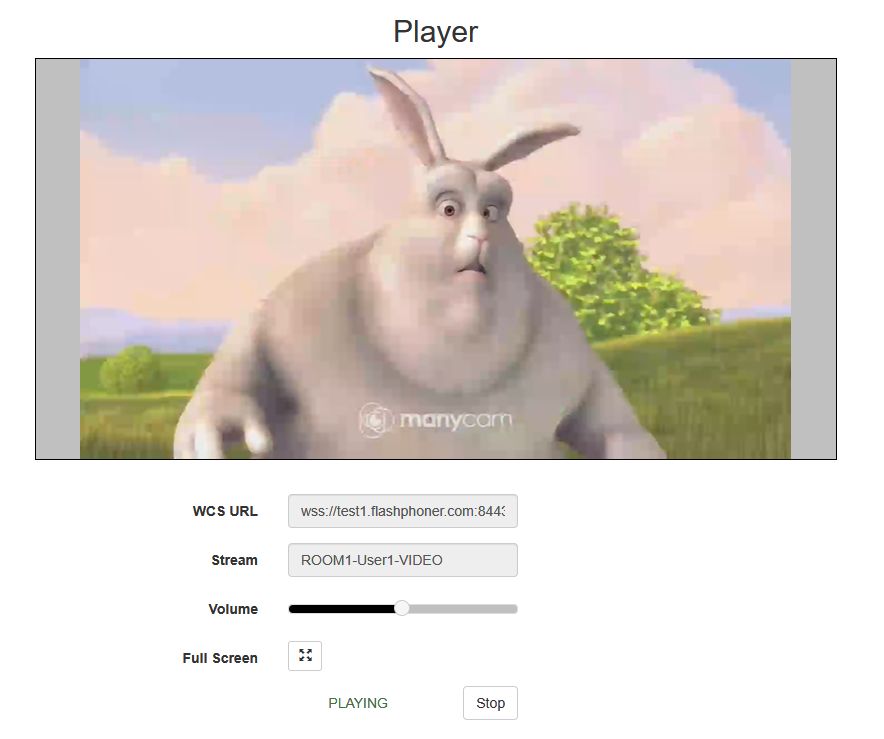 may be recorded by REST API or added to mixer.

When screen is published, it is available as {room}-{participant}-VIDEO-screen, for example

If SFU stream is published in a number of qualities, it will be available at WCS side as maximum quality stream which is publishing, for example 720p. If this quality is stopped (for example, participant channel becomes worse), WCS stream will be automatically switched to the next available quality, fro example 360p.

If participant publishes more than one stream from camera, only the first published stream will be available at WCS side.

1. A stream captured from a screen window simulcast publishing will crash Chrome browser tab on minimizing this window

Symptoms: when stream is capturing from active screen window, Chrome tab crashes if this window is minimized by user

Solution: there is the Chromium bug, a stream capturing from a screen window should be publihed in only one quality (no simulcast) until this bug is fixed