Test stand is intended to deploy a separate WCS server or CDN in docker containers to test the following: 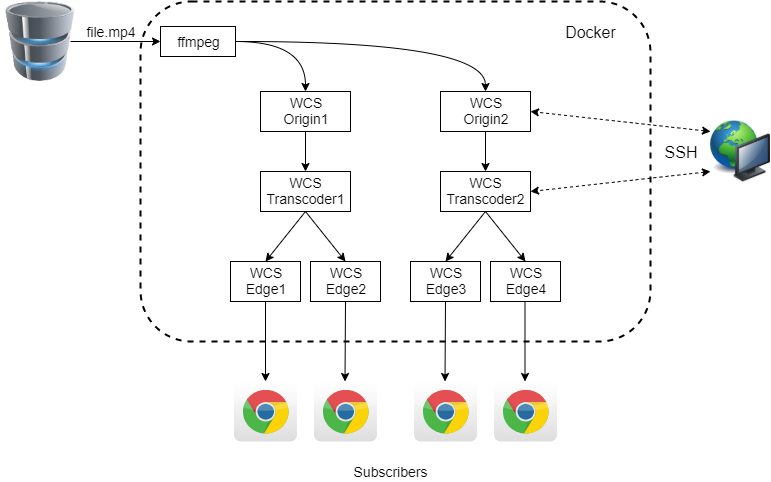 Thestand can be deployed in docker default brige network, in this case IP addresses are set dinamically to all the containers, and CDN settings may be formed automatically. However, for deep testing WCS configuration files should be defined for every WCS node, and container IP addresses should be static. In this case, the separate docker network can be created.

1. The stand can be deployed only on Linux Docker host while WCS works only in Linux environment.

3. WCS license shoud be set for every WCS node.

4. The stand is not recommended to use for load testing purposes because Docker host perfomance will be decisive in this case.