On the next stage, parties exchanges SSL certificates via DTLS and establish an encrypted channel between the web client and the WCS server. When the connection is established, SRTP traffic is transmitted. 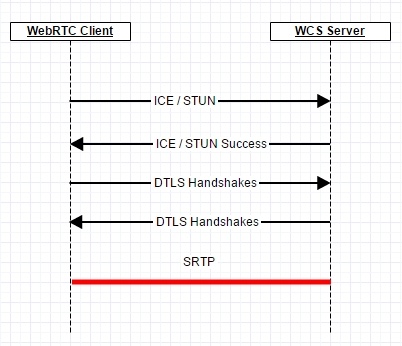 In most cases problems are related to UDP traffic of ICE, STUN, DTLS, SRTP not flowing between parts of the system.

Here is how ICE transactions exchange looks like before establishing connection. In the dunp these are usual STUN requests and answers. After the connection is established, ICE keeps working to monitor the established connection. If monitoring indicates ICE does not pass, the call is interrupted. 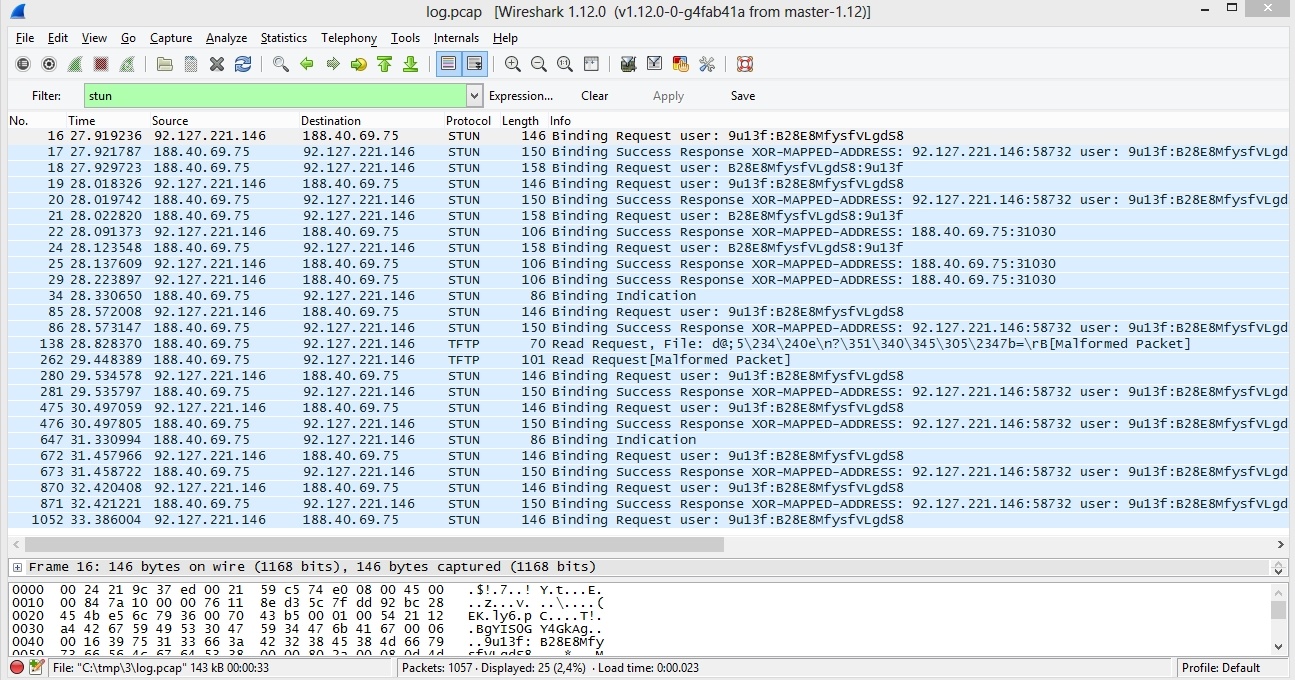 When the data are sent via SRTP, Wireshark cannot recognize SRTP packets. Finding this packets is easy enough. By default, WCS uses the following port range to transmit media traffic [31000-32000], including WebRTC. In the dump we can see two unrecognized UDP packets, one of which is sent through the port 31030, and the second one is received to that port. For such packets, you should explicitly specify the protocol used. 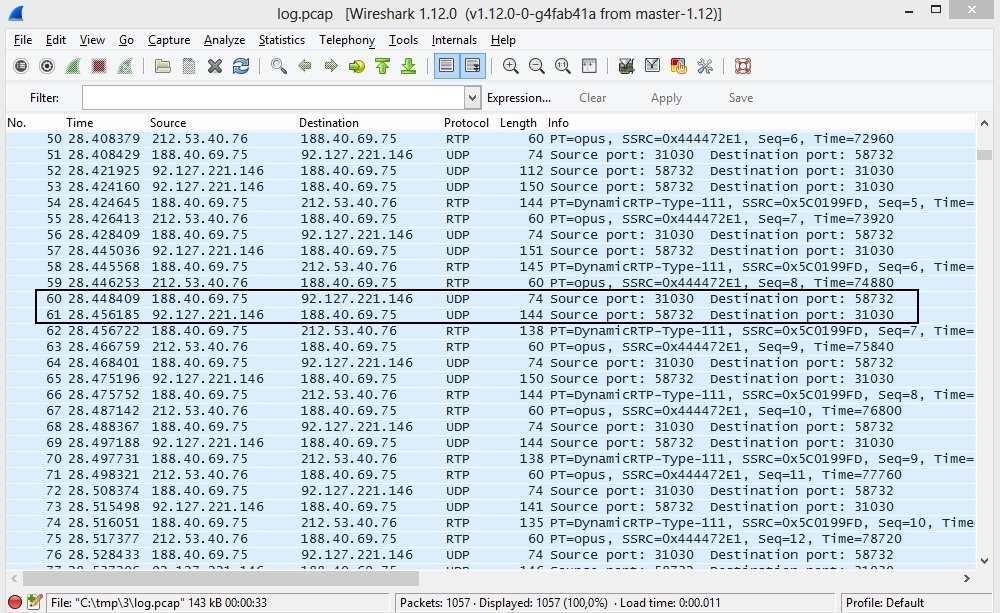 Wireshark can decode the UDP packets it found if we explicitly specify the protocol. In the packet properties select 'Decode As..', then select the RTP protocol for all packets that run between the browser (port 31030) and the WCS server (port 58732). These ports are reserved dynamically, so in your case the values might be different.

As a result of decoding the protocol, Wireshark will display the decoded SRTP traffic: 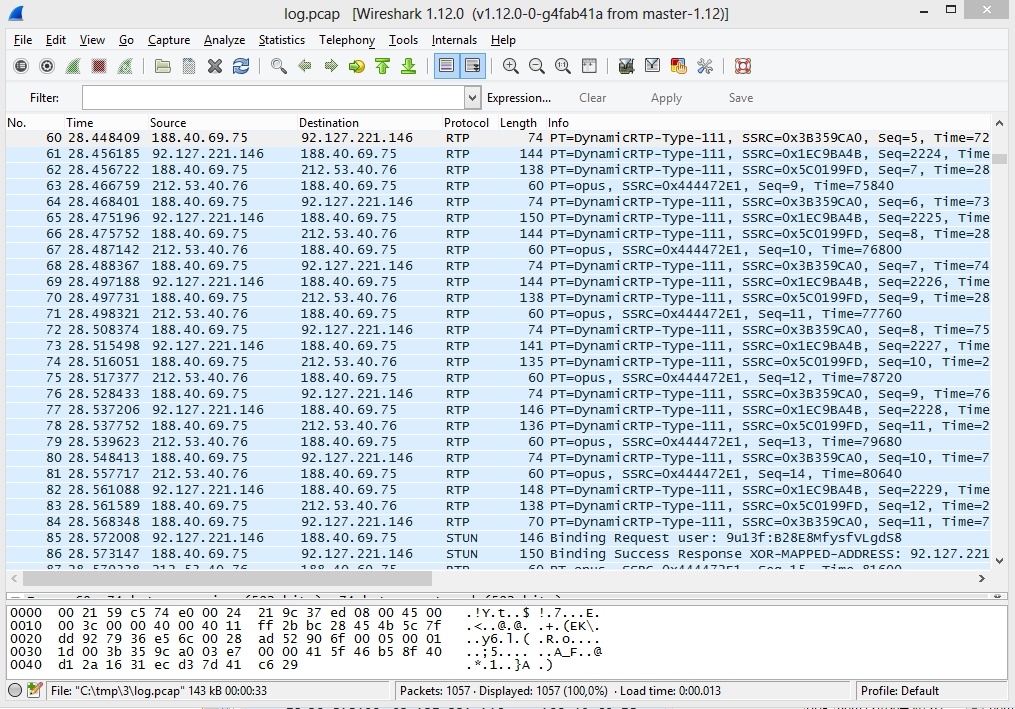 SRTP traffic is encrypted. This means if you try to play it, you will hear noises instead of normal speech. But only the content traffic is encrypted. The main RTP headers remain non-encrypted and they can be seen in the RTP packet. This is handy to analyze SRTP traffic parameters. The below example shows an SRTP packet with Payload Type, Sequence Number, Timestamp, SSRC. 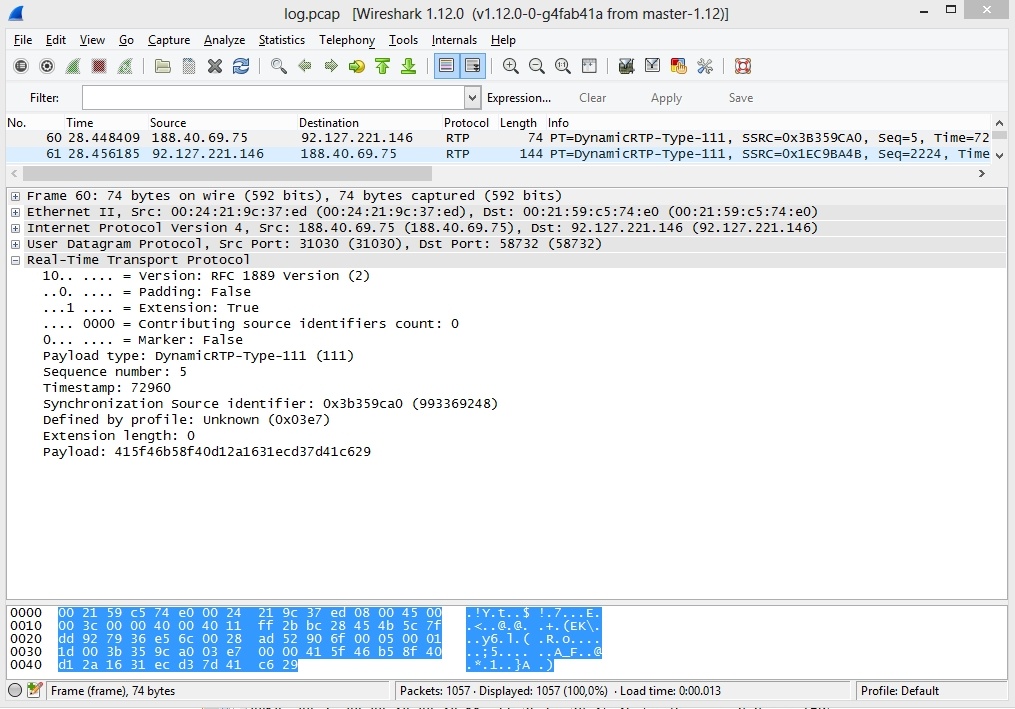 SRTP and RTP streams can be analyzed using Wireshark. To do this, use the 'Telephony - RTP - Show All Streams' menu.

In this case, streams with SSRC 0x3B359CA0 and 0x1EC9BA4B are SRTP streams between the web browser and WCS, because the source and destination address is the IP address of the web client (we know it beforehand). The other two streams, specifically, the first and the third ones from the top, are RTP streams between WCS and the SIP server (we know addresses of the WCS server and the SIP server too).

As described above, SRTP packet headers are not encrypted, so the SRTP stream is available for analysis of quality, losses, jitter, latency just like a conventional RTP stream: 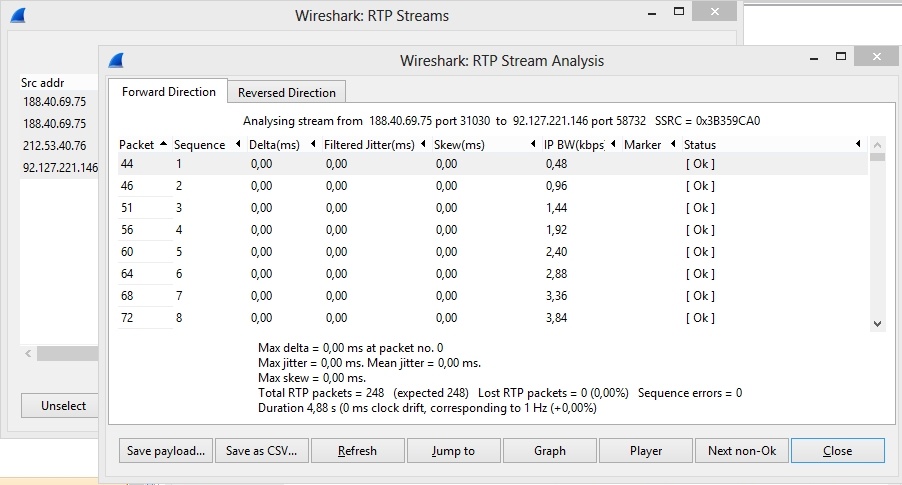