An example of stream convertion to HLS

The example uses HLS player built in a browser and should be used with browsers supporting HLS, e.g. iOS Safari and Android Chrome.

and playing it in browser using VideoJS

The player shows how to convert stream published on WCS server to HLS and play it in browser. HLS stream cut starts automatically when strea is requested by HLS URL, for example, example https://demo.flashphoner.com:8445/e442test/e442test.m3u8 for  on the stream e442 on screenshot below 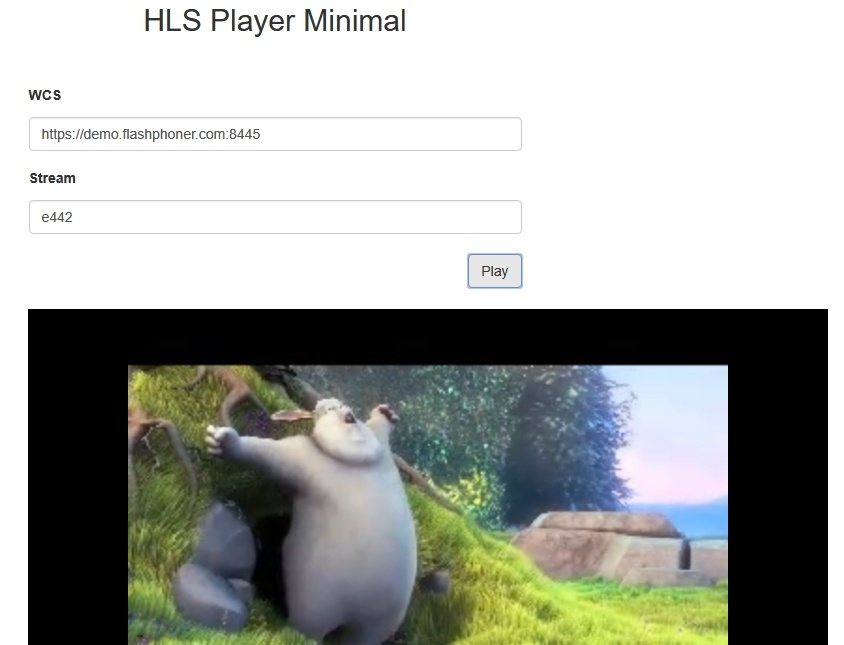 In the URL on the screenshot, demo.flashphonr.com is the address of the WCS server.
Port 8445 is used for HLS over HTTPS. 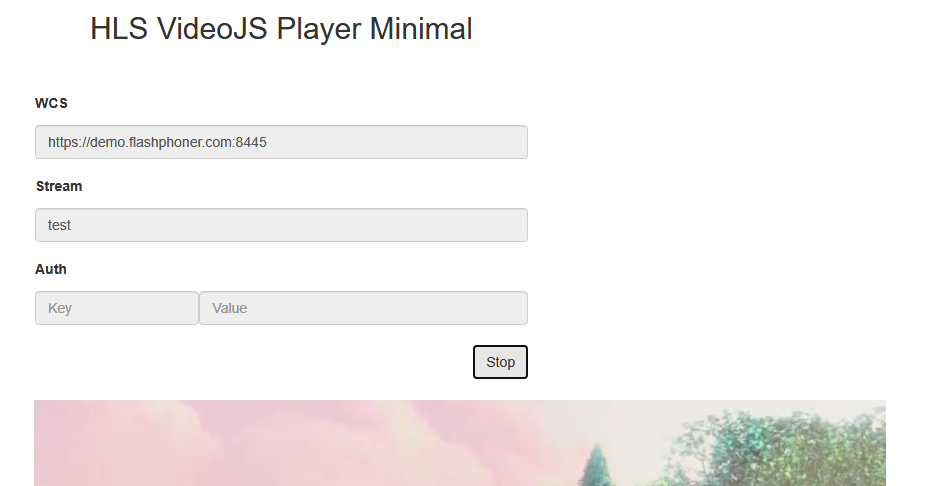 The code of the example

The source code can be accessed on server by the following path:

This The example can be tested using the following addressfiollowing URL:

Here Where host is the address of the WCS server .address

Analyzing the code of the example

To analyze Toanalize the code , let's take the version of file get hls-player.js file version with hash 66cc39351703a2, which is available available here and and can be downloaded with corresponding build in build 0.5.28.2753.133141.

3. Stream name definition detection (the stream must should be published on to server)

If authentication key and token are set, they will be inclueded to stream URL