Use Android SDK to develop mobile applications for streaming video and calls.

The source code of the examples is located at Github and is used to comment the examples in the present documentation.
For instance, this link line 34 refers to the thirty fourth line in the TwoPlayersActivity.java class of the 2players example, the revision with the hash of 4ed4c6d77.

To test compiled applications, download The full build with the examples And install the .apk file to your Android device.

When publishing in Google Play, two APKs can be deployed - one for each of the Android SDK versions - for compatibility with devices with API lower and higher than 26.

If you have some experience in developing Android apps, you can simply download the aar-library and link it to the project manually, then configure building.

Below is how to do this automatically using the export.sh script:

2. Download the aar library and put it to the 'export' folder

3. Open the 'export' folder and execute the export.sh script that will prepare configs for further building. The result is placed into the 'output' folder.

4. Edit the local.properties file and specify paths to Android SDK and NDK

Prepare examples for building, then go to the 'output' folder and start building:

Prepare examples for building and put them to the 'output' folder, then rename it to 'wcs_android_sdk_samples', for instance.

2. Open the project from the 'output' folder in Android Studio 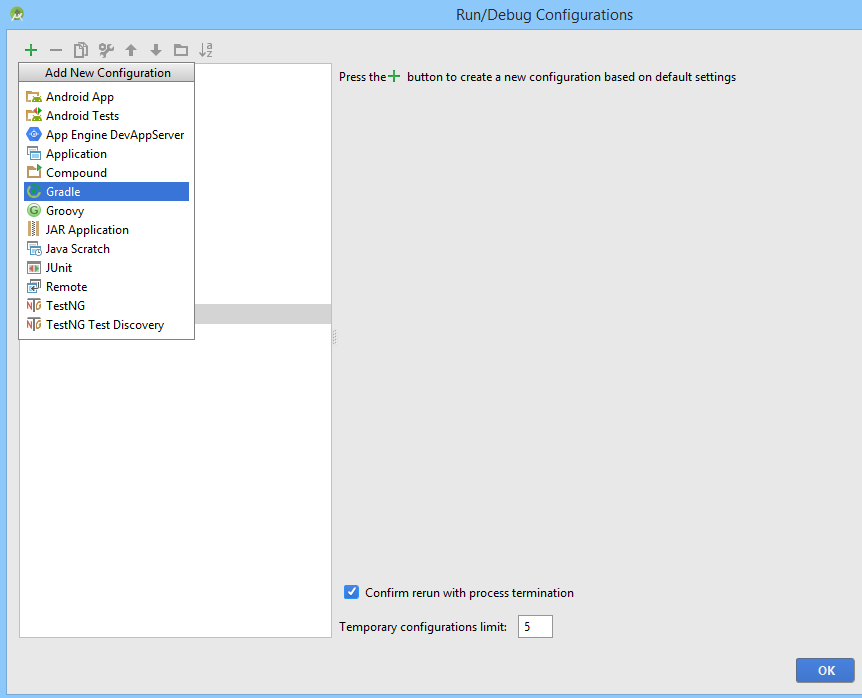 5. To configure the run, specify the build.gradle file, the name of the build and set the purpose to: build 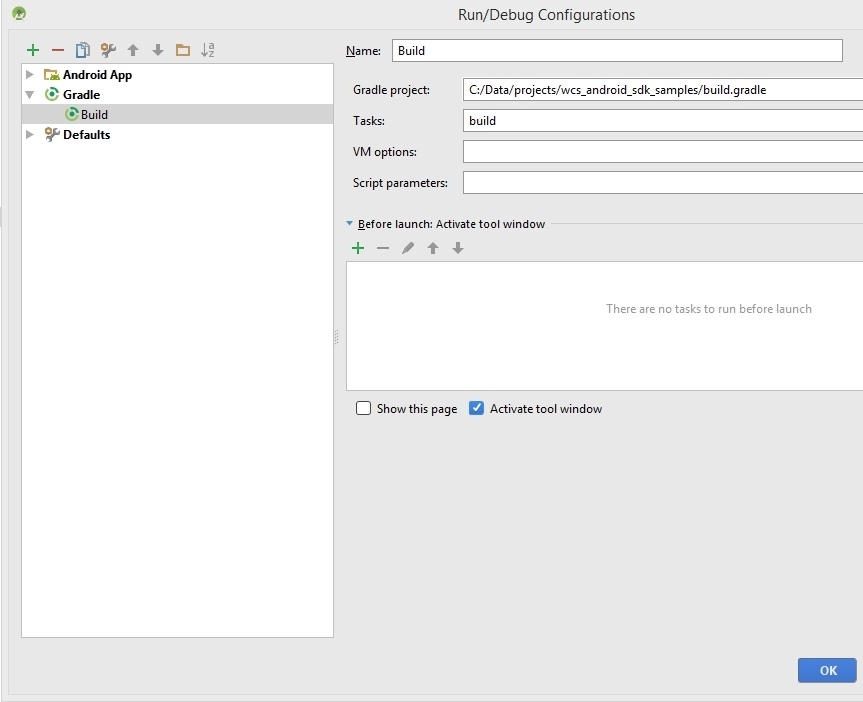 The building result is .apk files located in the corresponding folders: 2players/build, click-to-call/build, and so on.
The Android SDK file is located in the following path in the project: libs/wcs-android-sdk-1.0.1.2.aar

1. It is impossible now to set microphone gain in Android SDK while publishing stream.