This functions are obsoleted an do not supported now. Please use CDN with HAproxy, AWS LB or another load balancing tools

Let's review load balancing based on the example of two instances of the WCS server. Each instance has its own built-in load balancer: LB1 for WCS NODE1 and LB2 for WCS NODE2. LB1 queries WCS NODE1 and WCS NODE2 instances via the HTTP protocol and fetches load information from them. The web client queries LB1 via the HTTP protocol and receives the URL of the least loaded server to establish a connection via Websocket with. Therefore, LB1 is the main load balancer, while LB2, LB3, etc are reserve ones. The web client has a list of all available balancers and if the main one does not respond, the client attempts to retrieve the URL of the Websocket connection from the reserve ones. This architecture is not limited to two instances and can contain an arbitrary number of servers. 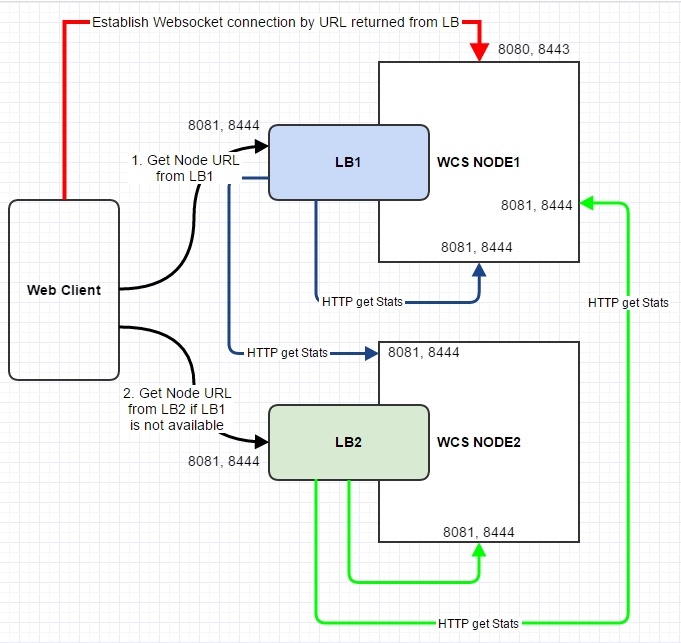