WCS server participates in the billing if server process is running and license is activated.

One license key can be activated on several WCS servers.

If an 1-hour interval within a month is detected when N servers were used simultaneously, then it will be billed for N * $75 for that month.

If several such intervals are detected within a month then it will be billed according to the interval of maximum usage.

for 3 servers for June. 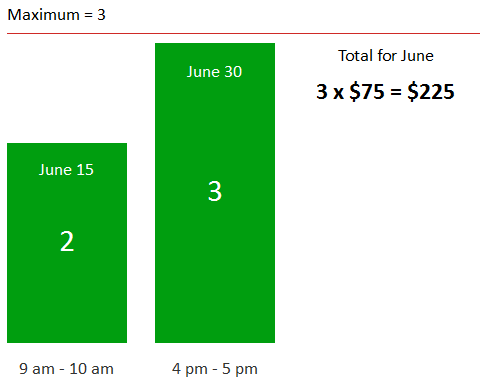 1. At the end date of the billing cycle, the number of servers used is calculated. The license is ACTIVE.

3. Three days later, if no charge-off attempts were successful, the license becomes EXPIRED, and servers work under this license is blocked.