If server use case involves stream mixing, mixer load testing may be necessary before you put server into production. The mixer testing is carried out as follows^

The server behavior can be observed with monitoring tools while testing.

To test mixer perfomance under high load, asynchronous media session disconnection (which is enabled by default) should be disabled

WCS should be restarted to apply.

When test is finished, this setting must be removed from configuration file. 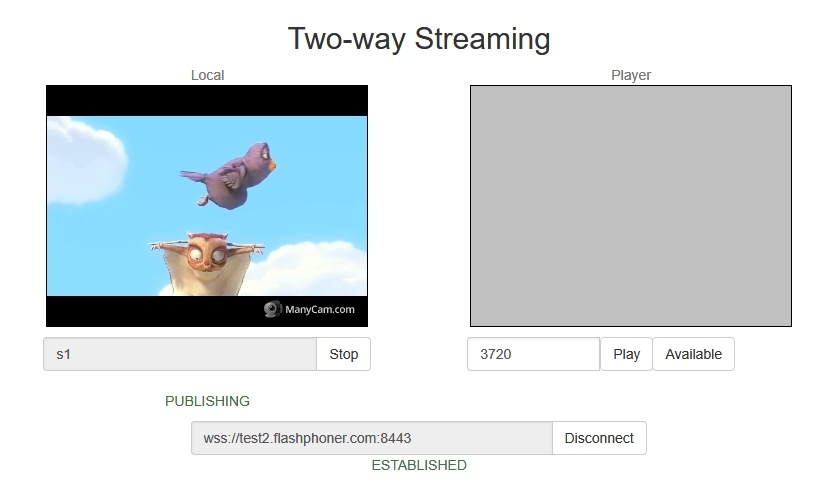 Two mixers mixer0 and mixer1 should be found

6. Stop the test with /mixer/test/stop query

2. If resource leak was detected during testing, send detailed test description and the following files to support@flashphoner.com: