This example can be used for video chat between two participants on Web Call Server. Each participant can publish WebRTC stream and can play other participants streams

On the screenshot below the participant is connected, publishing a stream and playing stream from the other participant. 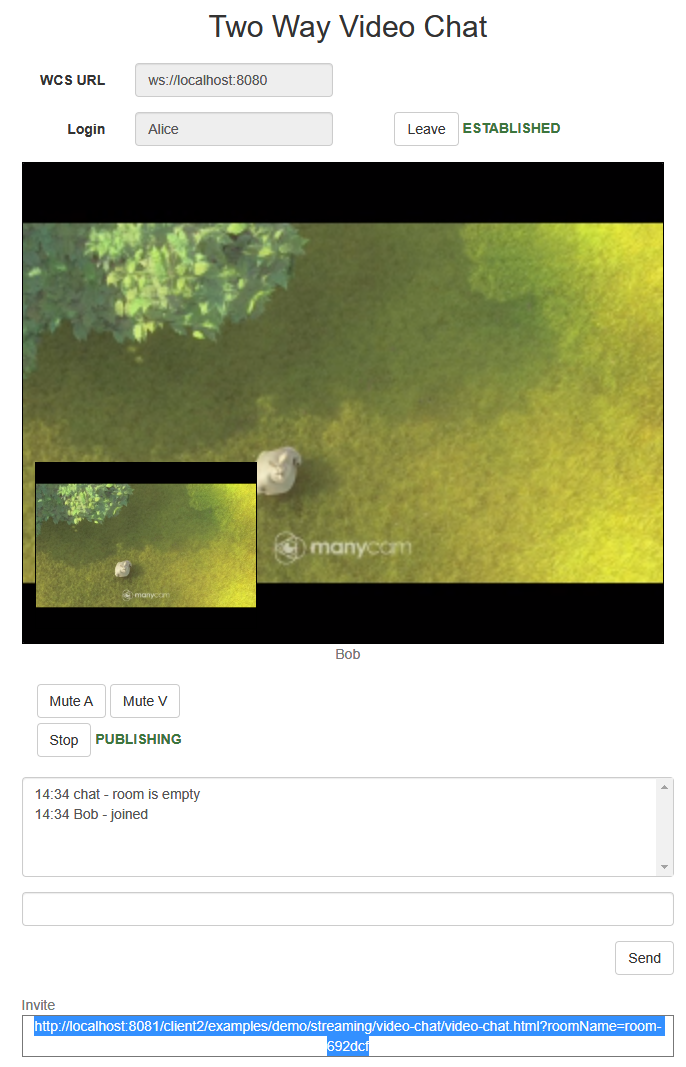 Two videos are played on the page

Link to the "room" is displayed in the Invite field.

To provide functionality for video chat, the same script as for the example Video Conference is used. The path to the script on WCS server is:

The maximum allowed number of participants is defined by variable _participants in html file of the example (video-chat.html, line 17)

Work with code of video conference is described in Video Conference.