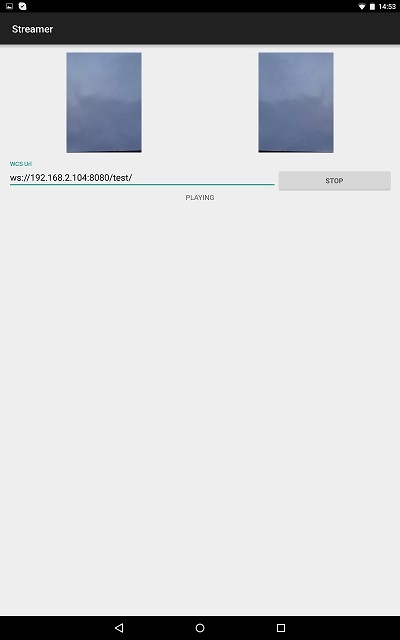 To analyze the code, let's take class class StreamerActivity.java of the streamer example version with hash 4ed4c6d77, which can be downloaded with corresponding build build 1.0.1.338.

Session is created with method createSession(), to which object SessionOptions (line 99) with 2. Session creation.

Object SessionOptions with the following parameters is passed to the createSession() method:

3. Connection to the server.

On receiving this event preview stream is created with Session.createStream() and Stream.play() is invoked to play it.