In some cases, it is necessary to investigate which WCS thread loads servers' CPU and how much. To do this:

2. Get the process thread dump with jstack 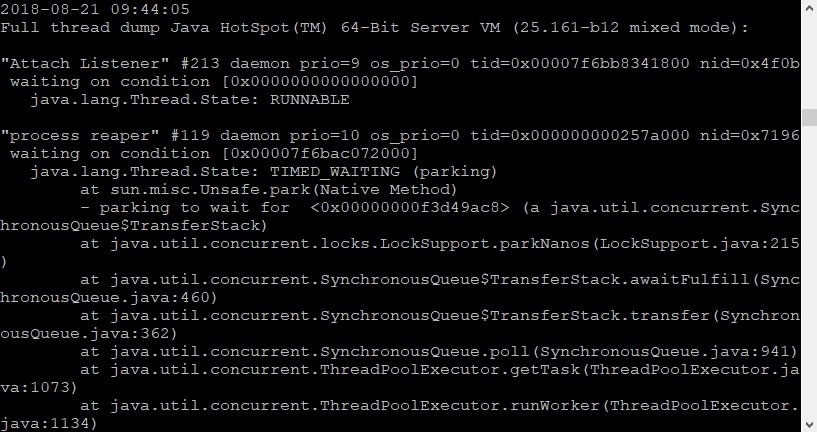 Here you can get thread names, states and its identifiers in hexadecimal form in 'nid' field 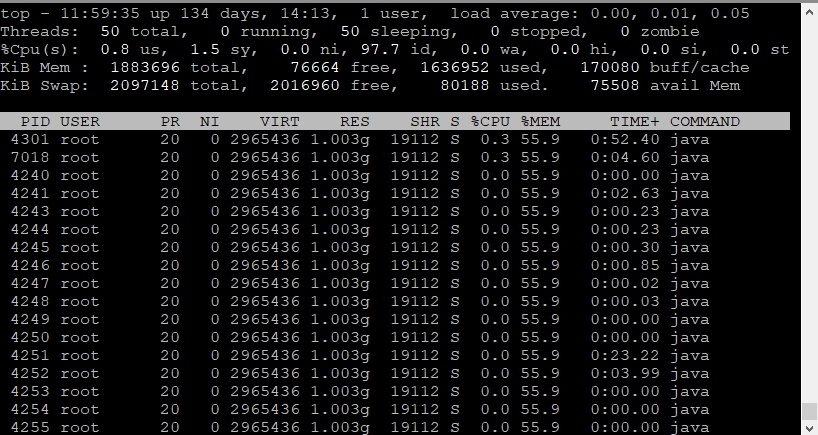 Threads identifiers in decimal form are in the 'PID' column. The thread can be found by this identifier in file formed on step 2, so the tread name can be defined.

4. If it is necessary, send to support@flashphoner.com for further investigation