WCS integrates with the back-end server using REST / HTTP calls or REST Methods as we call them.

Therefore, you provide the WCS server with the script API, and WCS sends data on connections, calls, video streams etc. to the API. 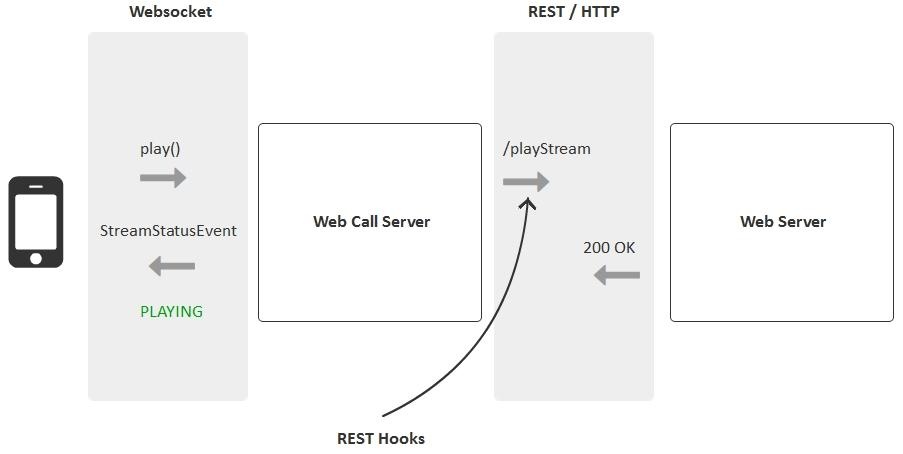 REST methods can be used to:

REST methods should be implemented as simple HTTP / HTTPS scripts that work in pair with JSON in the body of an HTTP request and return JSON in the HTTP body of responses.

In response, WCS should receive a standard HTTP response containing the body of JSON

REST hook sending is enabled by default. To disable it, the following parameter must be set in flashphoner.properties file

Backend server response to WCS requests delays are possible under high load. Maximum di=uration of such delays can be controlled with the following parameter in flashphoner.properties file

By default, maximum backend server response delay duration set to 15 seconds. If backend response is not received during this time, the exception will be printed to server logs

The error will be handled as set in restClientConfig.

It is stringly recommended to set maximum backend server response delay duration from 1 to 10 seconds. The value