This example can be used as streamer allowing to select source camera and microphone and specify parameters for the published video: FPS (Frames Per Second) and resolution (width, height).

On the screenshot below the example is displayed when a stream is being published.
In the URL specified in the 'WCS URL' input field

Below that input field are located drop-down lists of available microphones and cameras and input fields for FPS, width and height.
Two videos are played 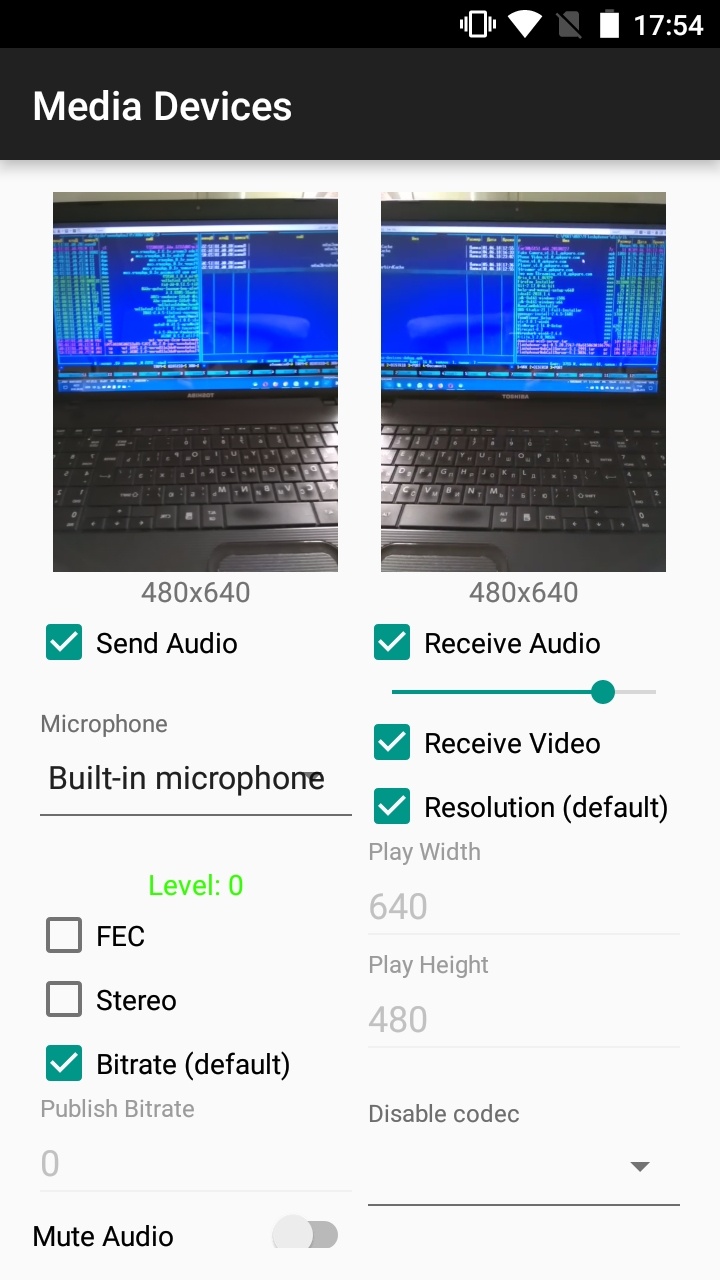 To analyze the code, let's take class MediaDevicesActivity.java of the media-devices example version with hash 4ed4c6d77, which can be downloaded with corresponding build 1.0.1.3.

1. Initialization of the API. line 76

The received lists of media devices are used to fill the corresponding drop-down lists.

Session for connection to server is created when Start button is clicked. line 129

Session is created with method createSession(), to which object SessionOptions (line 122) with the following parameters is passed

After establishing connection to the server, new video stream is created with method Session.createStream(). line 167

Object StreamOptions (line 156) with name of the stream and VideoConstraints object is passed to the method.

Method Stream.publish() is called to publish the stream. line 224

Method Stream.play() is called to play the stream. line 211