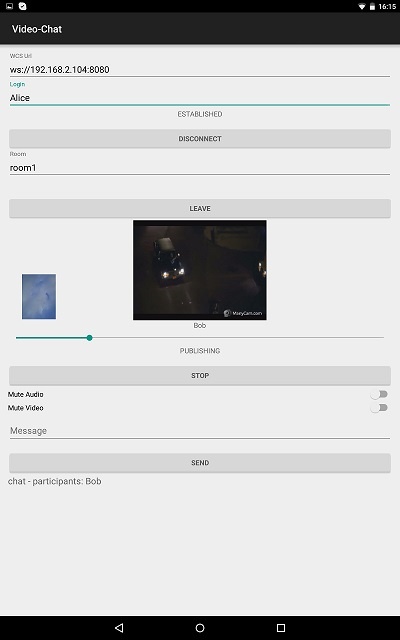 To analyze the code, let's take class VideoChatActivity.java of the video-chat example version with hash 4ed4c6d77, which can be downloaded with corresponding build 1.0.1.3.

Functions of initialization, joining a conference, publishing and playing streams work the same as described in the example Video Conference.